“If you’ve ever wanted to hear a band that’s about to hit it’s stride, [Fuzzy & the Surfs] is the album to check out immediately. With a sound reminiscent of 60’s pop, the band puts a refresh on a tried and true formula, with clean guitars, crisp organ keys, and melodies that will be stuck in your head for days.” - Allen Halas

“Fuzzysurf is a band suited for any era. Since formally introducing themselves to Milwaukee music fans with 2017’s great Me Wocky EP, the quartet has quickly garnered attention with their distinct sound that perfectly blends elements of ’60s-era surf pop with aspects of modern day indie rock.”  (from Milwaukee Record's "25 Best Albums of 2019").

"It would be too simple to say that Sweet Tooth is pure bubblegum pop. There are a bevvy of different influences that make sporadic appearances from one track to another. The band incorporates the best elements of The Beach Boys at their creative peak and gives that feel an update for the contemporary audience. Sweet Tooth, however, is an indie pop treat that is the product of well-crafted songwriting, no matter how you look at it." (Shepherd Express)

Fuzzy & the Surfs [Released May 2019 on Bubbler Records]

"Video: Fuzzysurf - 'She Was Crying Sugar'" (Review and Feature by Breaking & Entering July 2020)

"Video: Fuzzysurf - 'I Don't Dream Anymore'" (Review and Feature by Breaking & Entering May 2020)

"Fuzzysurf's musical hotstreak continues with 'How Do you Decide?' (Feature by Milwaukee Record April 2020)

"And the Nominees for the 2020 Wisconsin Area Music Industry Awards are... (Milwaukee Journal Sentinel February 2020)

"Get Ready for summer and listen to Fuzzysurf's latest, 'Fuzzy & The Surfs'" (Album Review/Feature by Milwaukee Record May 2019)

"Video: Fuzzysurf - 'Please Please Me Too'" (Review and Feature by Breaking & Entering May 2019)

"Fuzzysurf looks back on Adolescence and the Heyday of Alt-Rock" (Shepherd Express, April 2018) 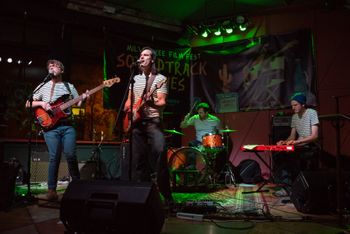 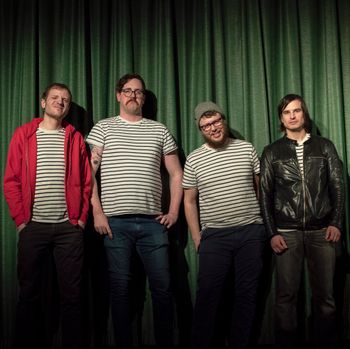 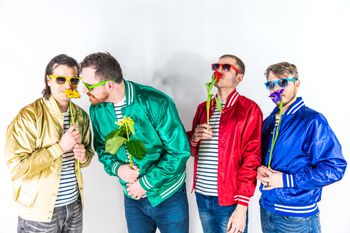